Neuroscience research investigating the brain and how this ‘supercomputer’ controls every aspect of our body and behaviour, needs to be actively promoted and investigated in Pakistan and The Science Bridge initiative offers opportunities for local neuroscientists to participate in global efforts. 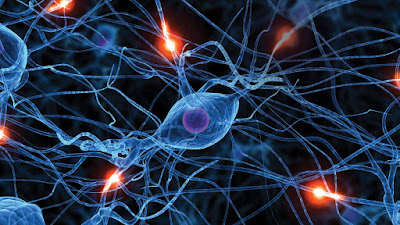 This was the discussion at the 3rd Annual Neuroscience Meeting themed Building Bridges through Neuroscience organised by the Aga Khan University and the Pakistan Society of Basic and Applied Neurosciences in collaboration with The Science Bridge initiative, the International Brain Research Organization, the Advance Educational Institute and Research Centre, and the Canada Pakistan Research and Development Council.

Prof Mazahir T Hasan of the Achucarro Basque Center for Neuroscience described how The Science Bridge’s mission is to “promote sustainable scientific collaboration between cultures and nations to understand the working principle of the brain, a global effort to find treatments and, possibly, cures for different neurological and psychiatric conditions.”

He spoke about a new and innovative concept, the Twin Institutes, that aims to link research institutes together, one in a Western country and another one in an Eastern country, around common goals in basic and applied neuroscience.

“The importance of neuroscience research cannot be overemphasized,” Prof Syed Ather Enam of the Aga Khan University remarked. “There are more than 1,000 disorders of the brain and nervous system that need to be managed and more than 50 percent of all diseases affect the nervous system.”

In 2007, the World Health Organization (WHO) had estimated that neurological disorders affect up to one billion people worldwide, irrespective of age, sex, education or income.

During the meeting, the speakers discussed advances in basic understanding of the brain. In one example, Prof. Naweed Syed of the University of Calgary spoke about progress in understanding the communications between a living organism's brain cells and a computer chip. It raises the possibility of neurochip implants that could activate artificial limbs, help restore sight or speech after a stroke, or repair nerve cells in a wide range of brain disorders, from Parkinson’s disease to Alzheimer’s.

In another discussion, Prof Joshua R Sanes from the Center for Brain Science, Harvard University, explained how the eye’s retina as complex as any other part of the brain but with several features that facilitate analysis can be used to understand the formation of synapses, the junction between two nerve cells.

The experts at the conference also discussed the status of neuroscience in Pakistan and how to proceed further. They agreed that there is a need for public awareness about the importance of research in understanding basic brain functions and neurological and psychiatric conditions in ‘local’ South Asian populations.

With collective international efforts and East-West collaborations, the experts expressed a hope that neuroscientists will eventually find innovative ways to treat and cure many neurological diseases.
Posted by Editor at 2:01 AM No comments:


A total of 45 students from across Pakistan have come together to attend the Aga Khan University’s Challenge Scholarship Programme that aims to prepare young people for higher education. 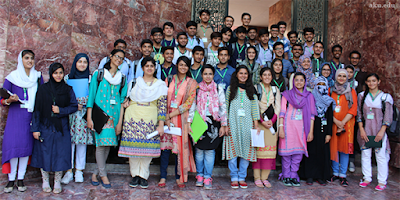 The students, a mix of young women and men, come from 24 cities and towns across Pakistan, from Parachinar and Bhimber in the north all the way to Dera Ghazi Khan and Badin in the south.

They took part in sports and went through formal coaching for swimming; they also toured Karachi. A field trip to Rehri Goth, an old fishing village on the outskirts of Karachi exposed students to how community research can help understand lifestyles and advocate for solutions to local problems.

Amtul Wadood from Chenab Nagar regarded the field trip as something that left a big impact on her. “Seeing people living in the conditions they were in (Rehri Goth) encouraged us to do something for them. It inspired me to try and make a difference in the world,” she said.

Waseem Jamil, who came all the way from Parachinar, enjoyed the critical thinking seminar the most “because they encouraged you to ask questions, which I had never experienced before,” Nouman Tariq, from Bhimber, agrees: “the best part is that the sessions are interactive. We are having a dialogue and not just listening silently.”

Other sessions during the programme included career guidance by academics and professionals, who while speaking about their own life experiences, inspired students to pursue their goals actively. 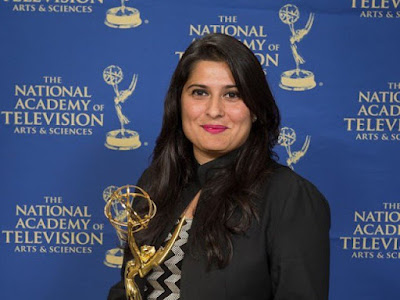 One of the highlights of the programme was a dialogue with Pakistan’s first Oscar-winning filmmaker Sharmeen Obaid-Chinoy, who has directed acclaimed documentaries such as ‘Saving Face’ and ‘A Girl in the River: The Price of Forgiveness’.

She spoke to the participants about her own experiences and how she pursued a career as a filmmaker and journalist. She told them to never be discouraged by setbacks, and that hurdles in life were meant to be overcome.

The temperamental celebrity urged students to pursue their life goals through hard work, determination and strong ethics. She also praised the students and told them that they were the future of Pakistan.

For many of the students, this has been a life-changing experience. It has given their confidence a great boost.

This was certainly the case for Inam Ullah from Dera Ghazi Khan, who felt that he has become a new person after this experience. “Back at home my principal would always call me on stage to speak, but I used to shy away. After this experience I will go back home and tell my principal that I want to go speak on stage,” he excitedly said.
Posted by Editor at 1:49 AM No comments:


With just 11 confirmed polio cases so far in 2017, the world is on the brink of eradicating polio, a vaccine-preventable disease that once paralyzed hundreds of thousands of children each year. 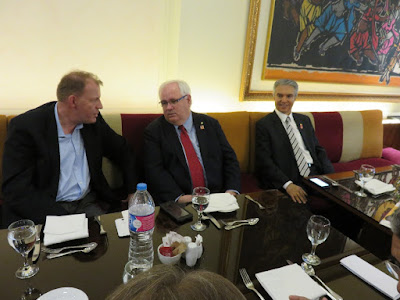 This year, the event will be co-hosted by Rotary and the Bill & Melinda Gates Foundation and held at the foundation’s headquarters in Seattle.

The programme will feature an update on the global fight to end polio and an array of guest speakers, celebrities, and public health experts.

“Some of the funds will support efforts to end polio in the three countries where polio remains endemic are Afghanistan ($9.32 million), Pakistan ($8.94 million), and Nigeria ($7.71 million). Further funding will support efforts to keep six vulnerable countries polio-free: Chad ($2.37 million), the Democratic Republic of Congo ($4.5 million), Guinea ($961,000), Somalia ($1.62 million), South Sudan ($3.77 million), and Sudan ($2.56 million). An additional $7.74 million will go toward surveillance activities in Africa and the Eastern Mediterranean region,” he added.

“Rotary and its partners are closer than ever to eradicating polio,” Michael K. McGovern, chair of Rotary’s International Polio Plus Committee, which leads the organization’s polio eradication efforts, observed. 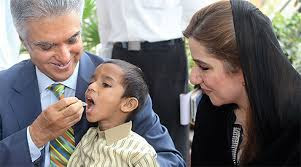 “World Polio Day is the ideal opportunity to celebrate our successes, raise public awareness, and talk about what is needed to end this paralyzing disease for good.”

Without full funding and political commitment to eradication, the disease could return to countries that are now polio-free and put children everywhere at risk.

In a show of solidarity and to raise awareness and funds for polio eradication, Rotary clubs around the globe will host nearly 1,900 events for World Polio Day.

They include a viewing party of the live stream in Fond du Lac, a Rock versus Polio music event in Curitiba, Brazil, placing of End Polio Now piggy banks in local businesses to collect donations in Viljoenskroon, South Africa, a soccer game in Cairo, Egypt between the street children of Hope Village Society and students from local engineering colleges and golf fundraiser in Yoshiwara, Japan.

“To protect all children from polio, world governments and donors must see through their commitments to fund critical work and support rigorous disease surveillance in both endemic and at-risk polio-free countries,” McGovern added.

Rotary has committed to raising $150 million over the next three years, which will be matched 2-to-1 by the Bill & Melinda Gates Foundation, yielding $450 million for polio eradication activities, including immunization and surveillance.

Rotary had started its polio eradication program Polio Plus in 1985, and in 1988 became a partner in the Global Polio Eradication Initiative. Since the initiative launched, the incidence of polio has plummeted by more than 99.9 percent, from about 350,000 cases in 1988 to just 37 cases in 2016. Rotary has contributed a total of more than $1.7 billion, including matching funds from the Gates Foundation, and countless volunteer hours to protect more than 2.5 billion children in 122 countries from polio.
Posted by Editor at 12:08 PM No comments:


The respected figure of Abdul Qadir Memon, popularly known as A Q Memon, was elected unopposed as the President of the Pakistan Tax Bar Association (PTBA) for the years 2017-19 at the 34th Annual General Meeting of the Association held recently in Lahore. He had previously served as President of PTBA for the term of 2009-2011. 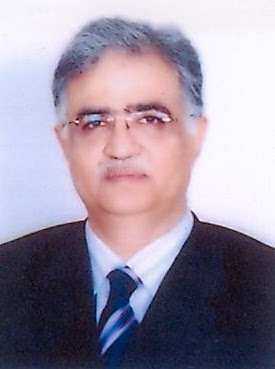 The elections results of the PTBA, having 31 affiliated units representing 31 tax bars across the country, were announced by the Election Commission in Lahore.

A Q Memon was elected to serve as the President of the Karachi Tax Bar Association (KTBA) for the years 2003 and 2008, Junior Chamber International Pakistan (1998), Memon Professional Forum (2001) and Director JCI Asia Pacific Senate (2006).


The department of computer science of the Sir Syed University of Engineering and Technology (SSUET), Karachi, organized a quiz competition as part of the 200th birthday celebrations of the great Sir Syed Ahmad Khan. 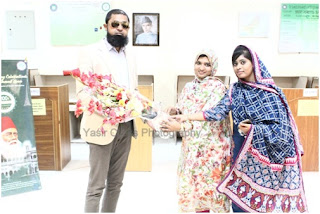 The audience was enlightened about the monumental efforts of Sir Syed Ahmad Khan in promoting the modern education among the Muslims of South Asia.

The students took part with great interest and enjoyed the whole event. The faculty members also came to encourage the participants.

The Convener of the Aligarh Institute of Technology (AIT), Engr Syed Anwer Ali, who is also the Vice President of the Aligarh Muslim University Old Boys Association (AMUOBA), was the chief guest in the prize distribution ceremony.

The chief guest paid glowing tributes to Sir Syed Ahmad Khan for having awakened the Muslims of South Asia. 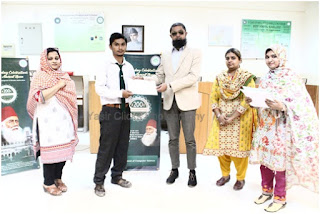 “Sir Syed Ahmad Khan’s contribution for the Muslims in this part of the world has been legendary. We take pride in following the Aligarhian spirit of his to further the cause. The students of today who are the leaders of tomorrow should also derive inspiration and the legacy should continue eternally,” Engr Syed Anwer Ali opined.

Meanwhile the duo of Parshan Kumar (2017-BSCS-28) and Hasham Faridi (2017-BSCS-14) won the quiz competition which was spread over three rounds.

The opening round was MCQ-based while the second round was based on true/false and picture identification of famous places and personalities. The third and final round witnessed stopwatch contest as the participants were given 60 seconds for maximum answers.

A total of six teams participated in the competition and a couple of teams were eliminated after each round. Team 2 and Team 6 made it to the final round with the latter clinching the trophy.
Posted by Editor at 11:06 AM No comments: