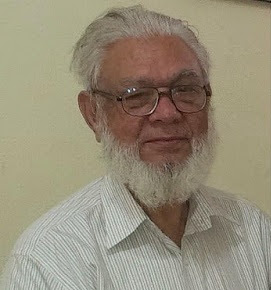 Bazm-e-Akram, whose flagship publication Adab-o-Kutub Khana has been creating waves, organized the welcome reception in the honour of Prof Dr Ghani-ul-Akram Sabzwari on November 22.

Prof Dr Ghani-ul-Akram Sabzwari has returned from North America, after having spent nearly eight months there. He is scheduled to spend four busy months in his home country before flying back in March next. 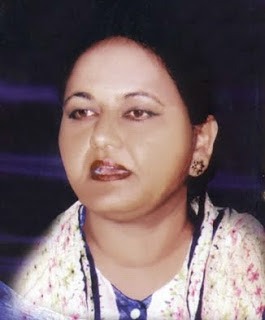 Prof Dr Nasim Fatima, one of the most revered library scientists of the country and the motivating force behind running Bazm-e-Akram, in her welcome speech, praised her mentor and teacher for having guided her and all his other students with dedication.

Prof Dr Ghani-ul-Akram Sabzwari, a former Chairperson of the LIS department at the University of Karachi, once again credited Prof Dr Nasim Fatima for having kept the bureau (LPB) and the journal (PLISJ) afloat even during his absence from the country

Prof Dr Ghani-ul-Akram Sabzwari and Prof Dr Nasim Fatima have been hitting the headlines over the years for their academic and scholastic excellence. They have authored numerous books on the subject besides having written hundreds of research articles and papers.
Posted by Editor at 9:37 PM No comments: