A new typhoid conjugate vaccine is to be added to the National Expanded Programme for Immunization following new evidence about the threat posed by a strain of typhoid that is extremely difficult to treat with antibiotics. 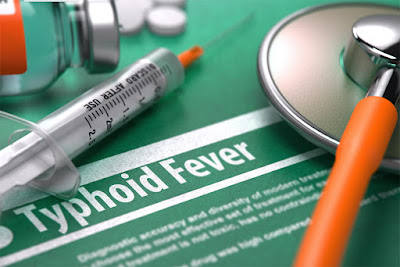 An outbreak of extensively drug resistant (XDR) typhoid in Hyderabad has already affected many children. The research from Aga Khan University (AKU), presented at the National Immunization Technical Advisory Group meeting in Islamabad, shows that cases are now appearing in Karachi, rural areas on the outskirts of Sindh, as well as in Quetta and parts of Khyber Pakhtunkhwa.

The results of an emergency vaccination campaign launched by the Sindh health department in the worst-affected talukas of Hyderabad in January 2018 were also presented. The data showed that the typhoid conjugate vaccine was safe with no adverse events being noted in 99.7 per cent of children who received doses.

The Ministry of National Health Services Regulations and Coordination will now submit an application to GAVI, a global, public-private partnership committed to increasing access to immunization, to seek funding for the vaccination.

“The recent GAVI commitment of US$ 85 million in funding to support the introduction of typhoid conjugate vaccines is a great opportunity for Pakistan. We have previously introduced vaccines against pneumonia, diarrhea and the injectable polio vaccine. The launch of the typhoid vaccine will be another step towards improving the immunity of our children against disease,” Dr Syed Saqlain Ahmad Gilani, national programme manager for the federal Expanded Programme for Immunization (EPI), stated.

“We are running out of medicines that can treat typhoid as the new XDR strain is resistant to five classes of antibiotics. Immunization is the only feasible option we have left against this superbug and since this vaccine has been demonstrated to be safe, we now need to intensify our efforts to bring it to every child in Pakistan,” Farah Qamar, associate professor of paediatrics at AKU, explained.

Over 1,000 cases of XDR typhoid have been noted in Hyderabad and Karachi since 2016; this is alarming since only six cases of drug-resistant typhoid were found in the whole of Pakistan over a five-year period between 2009 and 2014.

Dr Anita Zaidi, Director of Vaccine Development, Surveillance, and Enteric and Diarrheal Diseases at the Bill and Melinda Gates Foundation, and an AKU alumna, was also involved in global efforts to generate evidence of the efficacy for this vaccine against typhoid fever.

“For too long, typhoid, which invariably affects the world’s poorest people, has been neglected in efforts to improve global health. With this new vaccine, the first-ever to be useful for preventing typhoid in young children countries, will finally be able to protect millions of children who are most vulnerable to this deadly disease,” she observed.

The control and prevention of water-borne diseases such as typhoid is a global health priority with targets under goal 3 of the Sustainable Development Goals calling for the eradication of such diseases by 2030.
Posted by Editor at 2:16 AM No comments:


Sheeba Sultan’s mesmerized the audience by having narrated a few chapters of her book ‘Daldal Ke Paar’ in the weekly meeting of The Readers Club at the Defence Authority Club on April 5. 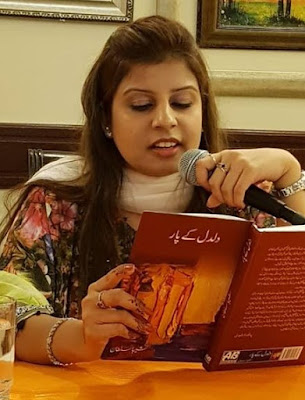 The young author has touched upon some of the burning issues in her book of short stories, written in Urdu, in a very impressive manner and it’s deemed to be one of those books whose content could be expanded as well as dramatized.

Having been associated with reputable private sector educational institutions since 2005, she has provided mentoring and consultation to trainee teachers since 2005.

Her work experience also includes the heading of O Levels private schools since the past couple of years.

While speaking at length to explain why she had dedicated the book to her maternal grandmother with whom she had very close affiliation for a long period of time, she also threw light on the virtues of having a close-knit family which made her own life very comfortable and thoroughly pleasing.

In her book, published by Academy Bazyaft, one of the stories related to the blues of social media and the changes it has brought about in the character and temperament of the people in the society, particularly among the young generation. 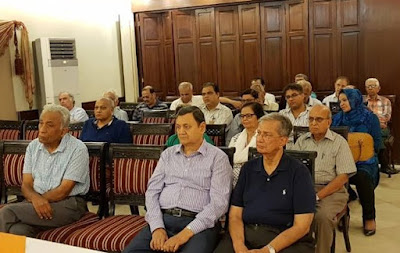 The interactive session was immensely enlightening as the worthy members of The Readers Club came up with interesting queries which ensued healthy discussion.

Sheeba Sultan, who regretted the lack of reading habits among the youngsters, was pleased with the response of the audience, comprising mostly of senior citizens, who lavishly praised her book.

Sabuha Khan, Chairperson of The Readers Club, also lauded the enthusiastic young author for having enlivened the proceedings for more than hour and a half.

Founded in 2001, The Readers Club, registered as The Readers Club Foundation under the Trust Act of 1882 as a non-profit organization, pursues the objective of promoting reading culture in Pakistan. Barring gazette holidays, it meets every Thursday with one attendee reviewing a book that he or she has read. The format for weekly meetings has remained consistent and every week there is a 60-minute book presentation followed by 30 minutes of interactive session.
Posted by Editor at 2:46 PM No comments: