The legend has it that the early cookbooks were meant for the kings as the oldest published recipe collections of the 15th and the 16th centuries emanated from the palaces of monarchs and princes. 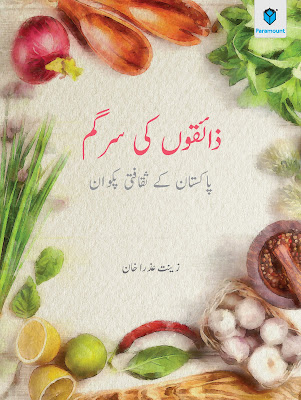 Those were the times when no one was trying to build a business out of selling cookbooks. Instead, they were often created within a court culture, partly intended as assistants for chief stewards and partly for royalty to demonstrate the luxury of their banquets.

The advent of technology broadened cookbooks’ intended audiences. During the following centuries, publishers began putting out cookbooks and their production of cookbooks increased manifolds during the second half of the 20th century, an era of unprecedented food abundance.

Since then there was been phenomenal rise in both television shows on cooking as well as publication of cookbooks.

Cookbooks have also been immensely popular in Pakistan and there have been quite a few handy publications in the past.

The latest in the list is a book in Urdu titled ‘Zaiqon Ki Sargam’ which could be described as the celebration of Pakistan’s cultural cuisine.

A wide variety of recipes for traditional Pakistani and sub-continental cultural dishes, rhapsody of taste, has been put together from different areas of Pakistan along with typical family recipes, collected with the help of friends and families, in this book authored by Zeenat Azra Khan.

The author had migrated from South India to Pakistan with her parents in early 1950s. She is author of From My Table to Yours. Whereas her first book was on international cuisine, she has now presented a variety of recipes on traditional Pakistani and sub-continental dishes in A Rhapsody of Cuisine.

Published by Paramount Books, one of the market leaders in the trade, Zaiqon Ki Sargam not only contains a combination of cultural recipes but also provides the reader with interesting anecdotes and background of some dishes.
Posted by Editor at 2:54 AM 1 comment:


A study exploring the risk posed by high blood pressure in rural areas of Sindh has found alarmingly low awareness of the disease, and numerous cases of uncontrolled blood pressure despite the use of medication. 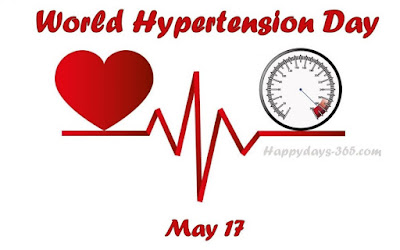 High blood pressure, or hypertension, is often seen as a ‘lifestyle disease’ that is common in urban areas where risk factors such as stress, poor eating habits and a lack of exercise are common.

However, findings from a baseline survey conducted by Aga Khan University in 10 rural areas of Thatta, released on May 17, World Hypertension Day, point to the disease being a public health threat in rural areas as well.

One in three adults in Pakistan is already living with high blood pressure, according to statistics from the World Health Organization. The study noted a similar prevalence in rural areas with one in five adults over the age of 40 living with hypertension.

Researchers also found low awareness of the disease with six out of ten people suffering from high blood pressure not knowing that they had the disease. Even those taking medication were at a high risk of health complications associated with hypertension since the survey found that more than seven out of ten people on anti-hypertensive drugs continued to suffer from uncontrolled blood pressure. 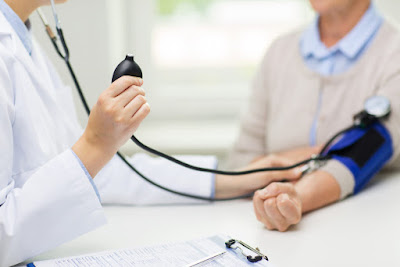 The baseline survey was part of an ongoing multi-country collaborative trial Primary Care Strategies to Reduce High Blood Pressure: A Cluster Randomized Trial in Rural Bangladesh, Pakistan and Sri Lanka.
One of the striking findings of the study was the prevalence of inadequate treatment for hypertension as nearly 90 per cent of individuals in the study were only taking a single blood pressure drug.

However, effective control of blood pressure requires most patients to take more than one anti-hypertensive medication.

Moreover, the study found that just under half of all patients (48 per cent) were not taking their medicines regularly which also increased their vulnerability to the disease. High blood pressure is a major contributor to heart disease, the leading cause of death in Pakistan, and can also lead to the onset of other non-communicable diseases such diabetes, stroke and kidney disease.

“Hypertension has reached epidemic levels in Pakistan and other South Asian countries,” Dr Imtiaz Jehan, associate professor at AKU and principal investigator of the study in Pakistan, remarked.

“We must focus on how to prevent new cases and on ways to improve existing hypertension management care. We plan to use insights from our ongoing study to determine which solutions can be integrated into the public healthcare systems thereby saving the most lives.”

The control and prevention of non-communicable diseases (NCD) such as hypertension is a global health priority with targets under goal 3 of the Sustainable Development Goals calling for a one-third reduction in deaths caused by such diseases by 2030.

“The growing burden of non-communicable diseases in Pakistan means that this trial will generate evidence that is likely to inform much needed NCD care program planning which will improve the performance of health systems,” Dr Sameen Siddiqui, chair of the department of community health sciences at AKU, observed.

The study’s principal investigator Professor Tazeen Jafar from Duke National University of Singapore Medical School said: "The majority of individuals with treated hypertension have uncontrolled blood pressure in rural Pakistan, Sri Lanka and Bangladesh with significant disparities among and within countries. Urgent public health efforts are needed to improve access and adherence to anti-hypertensive medications in disadvantaged populations in rural South Asia.”

The study in Pakistan is part of a multi-country research collaboration called COBRA-BPS (Control of Blood Pressure and Risk Attenuation – Bangladesh, Pakistan and Sri Lanka).
Posted by Editor at 10:58 PM No comments:


The Mayor of Karachi, Wasim Akhtar, has declared the fire fighters as heroes, complimenting them for putting their own life in danger to save lives and property of other people. 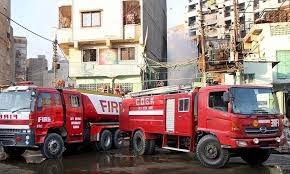 “The World Fire Fighters Day reminds us the sacrifices of fire fighters and great work which they did all over the world. The fire brigade of the Karachi Metropolitan Corporation (KMC) will be provided modern facilities and all necessary equipment and apparatus which are required to put off fire in any metropolitan city. The Sindh government as well as the federal government have been requested to provide funds for fire brigade so that this department could be made even more effective and better,” he remarked in his message on on the World Fire Fighter’s Day celebrated on May 4.

Mayor Wasim Akhtar stated that Karachi was a big city where many industrial zones as well as commercial centers with high rise buildings existed along with densely populated areas where in case of fire eruption, fire brigade has to take instant action and reach the site of incident and start the fire extinguishing operation.

“In order to enable our fire fighters do their important job effectively and safely we need to fulfill their requirements and provide them with maximum machinery, vehicles and equipment so that they could perform in any situation,” he said.

He added that upgrading fire brigade in the city was included in the annual development plan and fire fighters have been provided with better facilities.

The Mayor acknowledged that the fire fighters of KMC had performed excellently in past despite of having no modern equipment and machinery to put off fire in the city therefore they deserved our praise and appreciation.
Posted by Editor at 12:39 PM No comments: 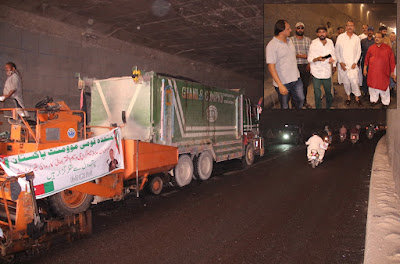 The Mayor of Karachi, Wasim Akhtar, regretted that no attention was paid on the maintenance of city underpasses during the decade alleging that the Sindh Government was only doing development works on papers as none of the ministers or even MPA was seen on roads, unwilling to leave their air-conditioned rooms for the cause of a city not belonging to them.

“80 percent of our Rs 80-crore budget being spent on sewerage works and I will send the bill of sewerage works to the Sindh Government. We are doing development works on the ground and are among the people. We are third tier of government and I have full support of the elected city council.” 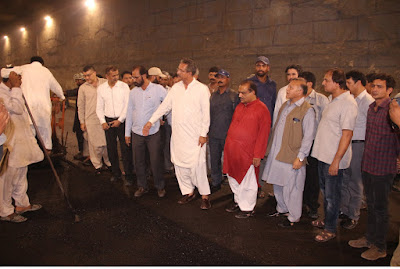 He expressed these views while talking to media representatives on a visit to Nazimabad underpass on May 3 to review and inspect the road carpeting and other uplift works.

The Mayor informed that the road carpeting work in the Nazimabad, Liaquatabad and Gharibabad underpasses was being done with a cost of Rs two crores. 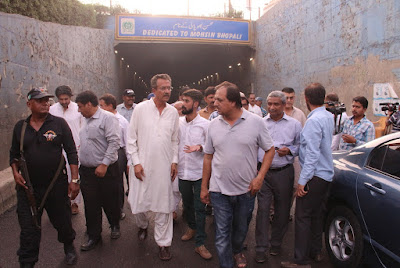 He said that besides improving the roads in underpasses, their drainage system will also be made better and whole system will be overhauled to make these underground corridors safe and convenient for citizens.

Wasim Akhtar remarked that in past these underpasses were having lot of problems and street crimes happened there whereas many people got injured and killed in accidents in these underpasses but no one paid attention to this serious problem of Karachi.

He said with the start of uplift works in the underpasses rain water will not stay in these passes during rains and citizens would have this facility to use them in rainy season also. The Mayor of Karachi stated that the elected representatives were in regular contact with the people in their area and all development works being done under their guidance and consultation.
Posted by Editor at 12:40 AM No comments: