US allows temporary imports from China


Unlike China, the death toll from COVID-19 pandemic in the United States has spiked to all-time high and the American administration has granted short term exemption of dozens of items including disposable masks from China until the end of 2020, after the US elections. 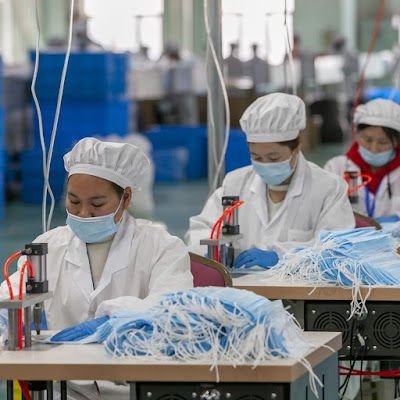 The products on List 1 of the Section 301 tariff action against China had been exempted on September 1, 2019, for one year. But the reprieve has been extended just four months, until the end of 2020.

The Office of the US Trade Representative (USTR) did not explain why the extension period was shortened, in a note published on the Federal Register, the official journal of the federal government that contains government agency rules, proposed rules and public notices.

The four-month extension will cover the US election, allow China to continue making progress towards meeting the terms of the phase one trade deal, and could theoretically help avert further flare-ups in the trade war, the Hong Kong based South China Morning Post reported.

Other items on the exclusion list included LCD display units, binoculars, postage stamps and earth-drilling machinery. This happens to be one of eight lists of exempted products issued under the USTR’s product-exclusion process launched last year.
Posted by Editor at 7:29 AM